The History of the appellation Lirac is born in the seventeen century when the royalty recognize the quality of its vineyard.

On October 1947, the INAO, crown the appellation with the AOC label. It shows to the world the quality of Lirac: rosé for the local tradition, red and white for the future…

The “galets roulés” from Lirac are not as famous as they are known but they bring deepness and body to the wine.

By having plots in a multitude of different soil, from “galets roulés” to limestone, the wine estate can make the best out of this appellation. 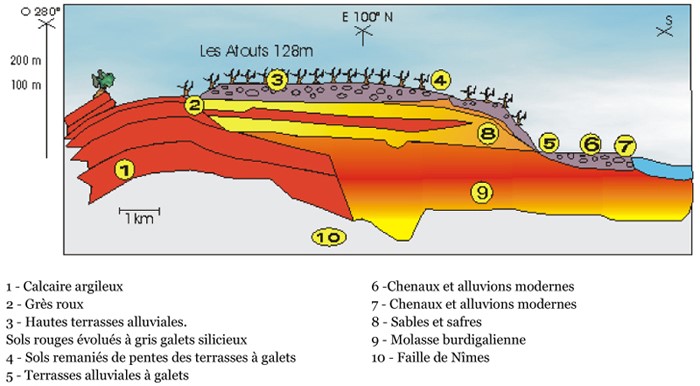